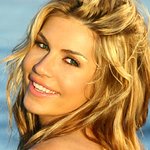 Christina Lindley is best known for her steamy photos in Maxim Magazine, but she’s also a professional poker player who is excited to be taking part in a No Limit Texas Hold’em Tournament for charity on May 31 at the Hawaiian Gardens in LA benefiting Last Chance For Africa and Mentors For Youth.

“I’m really excited to be brought in on this,” Lindley told Gambling911.com’s Jenny Woo. “It’s for two great charities. It’ll be a red carpet event along with a green room. We’re playing an actual full tournament and the best part is that the winnings go to the charity.”

Lindley spoke enthusiastically about the charities involved, “Mentors for Youth was started by a police officer here in LA and is a mentoring program for troubled and underprivileged children. I think that’s really important especially in LA and our country. There’s a deficit of male and female role models. The other charity is Last Chance for Africa – they’re actually building an orphanage in Africa for children. They’re accumulating land and building on it so the whole thing can be a self-sustaining deal for the kids there. That’s what’s great about the website! You can not only find out about the upcoming events, but you can donate money or even your time. There’s a lot of different ways to get involved even if you don’t play poker.”

“There’s so many charities out there,” said Lindley. “And for any of these celebrities taking time out to bring awareness to it is great.” 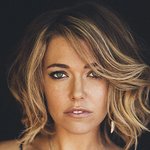