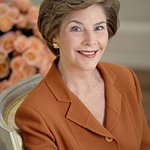 Homeless youth working towards brighter futures will get a once-in-a-lifetime opportunity to perform with Broadway stars at Covenant House's A Night of Broadway Stars gala in New York City tonight.

The gala marks the 40th anniversary of Covenant House, which is the largest privately funded agency in the Americas helping homeless kids.

Co-chairs Laura Bush and daughter Barbara represent two of the three Bush family generations which have supported the cause since President George H.W. Bush visited kids with the agency 20 years ago.

Jon Bon Jovi will receive Covenant House’s “Beacon of Hope Award,” honoring his extensive support of the homeless young people striving to turn their lives around at the shelter for homeless, runaway and at-risk youth. Leo Carlin, President of the Jon Bon Jovi Soul Foundation, which works to combat issues that force families and individuals into economic despair, will also be honored with the Beacon of Hope Award.

“All kids need love, guidance and mentors who lead by example,” said Bon Jovi. “Yet some have had to grow up fast and have had more than their share of challenges. But thanks to organizations like Covenant House there is always hope.”

Covenant House President Kevin Ryan said, "Jon has been a friend to Covenant House for over 20 years, giving of his resources and time and talent to build new homes and new lives for homeless kids.

“Joining with Leo Carlin, The Soul Foundation has become a beacon of hope, leading the way in the fight against homelessness by providing not only compassion, but practical, long-term solutions. We cannot thank Jon and Leo enough for being such important members of our Covenant House family.”

Olivia Harrison, wife of the great Beatle and philanthropist George Harrison, will receive the Casa Alianza Hands of Peace Award for her support of Casa Alianza (Covenant House) Guatemala. Ryan says, “No Covenant House 40th Year Anniversary would be complete without recognizing Olivia’s and George’s role in making our Latin American programs possible, and we are honored and blessed to thank her in this special way.”

Taking place in the Frederick P. Rose Hall at Lincoln Center, the gala starts at 6:00 pm with a cocktail reception. The show begins at 7:30 pm, followed by a dessert reception with the stars.

This star-studded evening is hosted by renowned lyricist and composer Neil Berg, and will include a full revue of performances by a host of Broadway talents.

“Covenant House has thousands of homeless youth working towards their dreams in six countries at our 21 locations every day — over 56,000 last year alone,” said Ryan.

“Supporting A Night of Broadway Stars gives our kids a chance to make dreams come true … a chance to dream of jobs, of homes, of families of their own.”

For ticket information, contact nobsnyc@covenanthouse.org or call 212-330-0506. To learn more about the event, visit www.nightofbroadwaystarsnyc.org.

City of Hope, a world-renowned independent research and treatment center for cancer, diabetes and other life-threatening diseases, announced today the start of “Influential Figures” week of its virtual auction series. More →