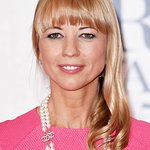 The campaign aimed to raise awareness of The Soldiers’ Charity’s relationship with soldiers by developing a simple mechanism that would allow supporters to send a seasonal message to troops at home and overseas via social media.

Using advertising to drive traffic to a dedicated tab and encourage visits to its Facebook page, the charity invited supporters to add their Facebook profiles to its online Union Jack flag.

Celebrities Sara Cox, Fern Britton, Joanna Lumley, Gary Lineker, Dame Vera Lynn and Prime Minister David Cameron were among thousands of supporters who ‘liked’ the charity, and followed the easy to join instructions. Supporters could also change the display to feature just their face or those of their friends, as sharing the experience was seen as key to its success.

The online campaign was the focus of a full page feature in The Sunday Mirror, with follow up articles in three other national newspapers and in two British Forces Broadcast Service interviews.

Over the four week campaign, the charity regularly issued teasers on Twitter featuring #thankssoldier about the iconic landmark, and on New Year’s Eve a Union Jack flag comprising more than 6,000 profile pictures was projected onto the White Cliffs of Dover.

‘This was an excellent, solid campaign on a low budget which was fully integrated across digital channels,’ said the judges. ‘A very nice, creative idea.’

Almost 250 people attended the Monster Digerati Party on Tuesday (10 July) where they saw The Soldiers’ Charity pick up the award.

The campaign was the innovative idea of The Soldiers’ Charity Digital Communications Manager Stephen Steele. He said: ‘This is a great achievement for the charity. The competition for this award was immense with the runners up to us including Diageo, Ford, Mercedes Benz, O2, Discovery Channel. This just shows what you can accomplish with a great creative idea.’