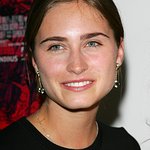 This fall, Americans who register to run a 10K race in one of 11 markets with Women’s Health will instantly provide 10 meals for people in need within their community. In collaboration with the FEED Foundation, an organization founded by philanthropist and social entrepreneur Lauren Bush Lauren, Women’s Health is launching a new way for runners to make a difference.

“When Women’s Health saw the growth in the philanthropic fitness trend, we knew we could make a difference and inspire action with a platform that would bring marketers and consumers together in an innovative way,” said Laura Frerer-Schmidt, publisher of Women’s Health. “RUN 10 FEED 10 is a platform that redefines magazine events in this industry and is rooted in action: The more people who run with us, the more meals will be provided to help fight domestic hunger. We’re proud that Unilever signed on as our presenting sponsor to join our fight to help the 49 million Americans who go hungry every day.”

The flagship 10K event, one of 11 nationwide events in the series, will be held in New York City on Sunday, September 23, 2012, starting and ending at Pier 84 at Hudson River Park. Social media is a critical part of RUN 10 FEED 10 — as participants cross the finish line, social posts about the cause and their donation of 10 meals will appear on their Facebook and Twitter pages, generating viral awareness of the initiative across the country. With a strong social media following — Women’s Health has more than 1.3 million followers across its social media outlets — the event will engage readers socially as well as in a live format.

The initiative has garnered tremendous pro bono support from the entertainment community. Celebrity talent, including Elizabeth Banks, Kristen Bell, Joel McHale, Kerry Washington, Allison Williams, and Leelee Sobieski, appear in a national PSA to raise awareness and encourage consumer participation. To accomplish this, Women’s Health has partnered with CrowdRise, a leading micro-fundraising site founded by Edward Norton. Named a “Top 25 Best Global Philanthropist” by Barron’s, CrowdRise is a unique blend of online fundraising, crowdsourcing, social networking and incentives designed to modernize the way people give back. The PSA can be seen at RUN10FEED10.com, WomensHealthMag.com and Crowdrise.com/WomensHealthRun10Feed10.

Additionally, Women’s Health will be holding a 10 City Challenge, a series of 10K events in an additional 10 markets across the country, including Atlanta, Austin, Boston, Chicago, Cincinnati, Denver, Los Angeles, Miami, San Francisco, and Seattle.

Consumers can also participate by plotting a course in their own cities on WalkJogRun.net and running their own 10K. WalkJogRun.net enables the program to operate virally and at a national scope, bringing it to every city in the country. The website and mobile app (available on iTunes) together enable everyone, everywhere, to map a 10K route and participate.

Each person who registers will get a limited-edition FEED bag designed with the RUN 10 FEED 10 logo.

Everyone is also encouraged to fund-raise for the cause by going to CrowdRise.com/WomensHealthRUN10FEED10. The FEED Foundation will work with local food banks and organizations to distribute the total meals raised via RUN 10 FEED 10.