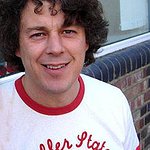 Cruelty to animals is no laughing matter. That’s why, just in time for the Edinburgh Festival Fringe, which once again plays host to some of the UK’s top comedy talent, PETA is listing five animal-friendly comedians who stand up for animals – both on stage and off.

Thanks to Ben Williamson, PETA UK