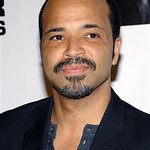 In response to growing consumer demand for electronics products free of conflict minerals from eastern Congo, the Enough Project issued its second company rankings report, “Taking Conflict Out of Consumer Gadgets: Company Rankings on Conflict Minerals 2012,” which assesses consumer electronics companies on their progress toward responsible and conflict-free supply chains.

The report found that four leading electronics companies—Intel, HP, Motorola Solutions, and Apple—have established conflict minerals programs that pave the way for the rest of the industry. Six other companies—SanDisk, Philips, Sony, Panasonic, RIM, and AMD—significantly improved their conflict free efforts by tracing back into their supply chains, piloting due diligence, and joining a smelter audit program. On the other end of the spectrum, Nintendo remains at the bottom of the list and has yet to make any known effort to trace or audit its supply chain, despite growing public awareness.

“HP and Intel have gone above and beyond the call of duty on conflict minerals,” said Sasha Lezhnev, co-author of the report and Enough Project Senior Policy Analyst. “It is now time to level the playing field for all companies, and the Securities and Exchange Commission has a key role to play in its upcoming vote on the rules for the conflict minerals law on August 22. The SEC should ensure that retailers and all firms that use the minerals are covered by the rules and that there is not a long phase-in period. Otherwise, the Intels and HPs will be left unfairly holding the bag for a problem that belongs to thousands of companies that have been turning a blind eye to this problem for years.”

The report builds on the Enough Project’s first company rankings report that was released in December 2010. The report’s objective is to rate consumer electronics companies on their efforts to positively invest in the region, as well as their efforts to remove conflict minerals—tin, tantalum, tungsten, and gold—that fund armed groups in eastern Congo from their supply chains. The minerals are used in electronic devices and are a key driver to the war, which has claimed 5.4 million lives. The rankings are designed to help provide consumers with information to make responsible and informed choices when purchasing electronics products.

“Moving forward, we need to ensure that conflict-free mining does not equate to Congo-free mining,” said actor and ethical mining entrepreneur Jeffrey Wright, who is featured in a new Enough Project video about conflict-free mining. “Companies sourcing minerals from eastern Congo can invest in a way that serves both their own interests and the interests of local communities. To help achieve this, more firms should join the Public-Private Alliance for Responsible Minerals Trade, invest in projects to source clean minerals in eastern Congo, and support social development initiatives in mining communities to foster sustained economic growth and long-term stability.”

The 2012 rankings show an overall trend of improvement among electronics companies to address conflict minerals in their supply chains, but less progress in other industries, including jewelry, automotive, and industrial machinery. The progress has been spurred by the conflict minerals provision in the Dodd-Frank financial reform legislation, as well as by growing consumer activism.

“Much of the progress that has been made by electronics companies on conflict minerals can be attributed to direct consumer action. We are witnessing a mass consumer movement for the creation of a clean minerals sector in Congo. Not surprisingly, college students have emerged as the leading activists on this issue. Students from more than 100 college campuses across the U.S. and U.K. are advocating for their university’s purchasing and investment policies to reflect company action on conflict minerals,” said co-author of the report and Enough Project Student Coordinator Alexandra Hellmuth.

In addition to assessing electronics industry leaders and laggards, the report identifies three main areas of progress that have been made industry-wide—tracing, auditing, and certification—as well as significant gaps in conflict minerals policies that must be addressed.

“The progress made by the electronics companies in the Enough Project’s rankings now needs to be duplicated by companies in other sectors,” said Enough Project Executive Director John C. Bradshaw. “Companies in the jewelry, automotive, industrial machinery, and aerospace industries should join the Public Private Alliance for Responsible Minerals Trade and begin direct sourcing programs to help Congo develop a clean minerals trade.”