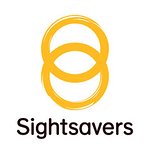 A short film capturing the voices of some of the world’s top Paralympians competing in London 2012 has been launched today by Sightsavers International.

Joining the GB Paralympians in the film, which showcases the talents of disabled athletes from around the world are: Jamaica’s Sylvia Grant (javelin) and Alphanso Cunningham (javelin and discus); Ghana’s Raphael Botsyo and Anita Fordjour (wheel chair track athlete) and Alem Mumuni (paracyclist); and Uganda’s Akullo Christine (visually impaired 100 metre sprinter). Together with Sightsavers they are asking the public to join the #Relay4Equality by sharing the film online and helping to spread one message as far around the globe as possible: There’s a big discussion about poverty going on, and it’s essential that people with disabilities in the poorest of countries take part. Will you help us spread the word? Help us get our voices heard around the world – by sharing this film.

World champion judoist and Sightsavers ambassador Ben Quilter, who is visually impaired, says: “The opinions and thoughts of disabled people need to be heard in the fight against global poverty, which is why I’m asking the public to share this video and spread the word.”

Today over a billion people worldwide have a disability, with 80 per cent living in developing countries2. The exclusion of people with disabilities is a huge problem in the developing world, leading to a cycle of poverty and inequality.

A global conversation is now taking place to determine what world leaders should do when the current deadline for meeting the Millennium Development Goals (MDGs) – which aim to halve global poverty and increase access to education and health, for the world’s poorest people – runs out in 2015. When these goals were set in 2000, disabled people and other marginalised groups did not have the chance to have their voices heard. Sightsavers wants to change this and ensure that disabled people are placed at the centre of discussions on what should replace the MDGs.

Adding to Sightsavers’ plea to world leaders, football captain Dave Clarke, who is registered blind, says: “I’m not surprised by the exclusion of disabled people from such discussions. They need to take a wider audience of people to really get a global view of what the issues are and how to tackle them.”

A large part of Sightsavers’ work is focussed on changing the lives of disabled people, for example by supporting education and training for people with visual impairments, and advocating for their social inclusion and equal rights.

Sightsavers’ Chief Executive, Caroline Harper says: “The 2012 Paralympic Games showcases that given the right opportunities and support, there are no limits to what people with disabilities can achieve. Sadly I’ve witnessed that the reality of living with a disability in the developing world is often very different, where someone’s disability can lead to a life of poverty and hardship. When The Millennium Development Goals were agreed in 2000 disabled people didn’t have the chance for their voices to be heard. This time we want to make sure the voices of disabled people are included and equality is delivered. That’s why we are relaying this important message.”