Justin Bieber is asking fans and shoppers to come out and boost the economy on Fashion’s Night Out September 6, but that’s not all!

Le Biebs is also offering his fans a chance to hang with him (and who doesn’t want to do that) at an upcoming U.S. concert all to support one of his favorite charities, the ACLU of Southern California.

JB is hitting the auction block on Charitybuzz.com to give one lucky fan the chance to meet the “As Long As You Love Me” singer at the show of their choice. Fans can place bids though September 14 here. 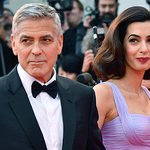 The Clooneys to Join Students At March For Our Lives Feb 21, 2018

Celebrities across the US have spoken out in support of the Parkland students who are taking bold action to prevent further school massacres. More →