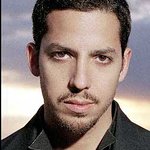 As David Blaine stands atop a high platform on NYC’s Pier 54 October 5-8, bathed in 1 million volts from massive Tesla Coils, his fans can make electricity of their own.

Aided by science educators from Liberty Science Center, in Jersey City, NJ where Mr. Blaine is Magician-in-Residence, spectators at ELECTRIFIED can experiment with a 4-foot Jacob’s Ladder; a kosher dill Glowing Pickle; an Energy Stick where a group of people hold hands to light bulbs; and other experiments. They can also interact with the Tesla Coils and communicate with Mr. Blaine at Intel Ultrabook stations in New York and around the world. Fans can find Liberty Science Center’s experiments adjacent to Mr. Blaine’s stage on Pier 54 from 9:00 a.m. – 5:00 p.m. on Saturday, October 6, Sunday, October 7, and Monday, October 8.

Mr. Blaine is donating two Tesla Coils to LSC for permanent display. “I am involved with LSC because it does a good job of reaching out to and improving the lives of ‘at-risk’ children in the greater New Jersey-New York region,” Mr. Blaine explains. “Having grown up in a household with fewer resources than some other families, it is personally important for me to support their great work.”

Paul Hoffman, president and CEO of LSC says, “ELECTRIFIED is endurance, showmanship, and science. Guests at Liberty Science Center can challenge their own endurance in tornado and hurricane-force simulators. They can test their ability to withstand heights in our 18-foot high Walk the I-Beam exhibit. And they can show their mastery of total darkness by navigating our pitch-black Touch Tunnel. People can learn a ton of amazing science in our 300,000-square foot building just 4 miles from Manhattan. We commend our Magician-in-Residence for his electrifying élan and thank him for his generous donation.”

Liberty Science Center (LSC.org) is a 300,000-square-foot learning center located in Liberty State Park on the Jersey City bank of the Hudson near the Statue of Liberty.