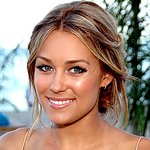 A number of stars are part of an innovative drug abuse prevention organization that helps youth discover, amplify and pursue their natural high so that they have a reason to say no to an artificial high.

The Natural High DVD Series is distributed freely to more than 14,000 schools across the US (more than 6 million students per year) and has featured other well-known celebrity role models like Lauren Conrad, Tony Hawk, Cassadee Pope, Bethany Hamilton, Travis Pastrana, Terry Kennedy, and Paul Rodriguez Jr.

In honor of Red Ribbon Month, which lasts throughout October, Natural High is launching a campaign to help today’s youth find their “natural high” so that they have a reason to say no to an artificial high. They are aiming to raise funds in order to reach their goal of reaching 12 million youth by 2015. Interested parties can donate or fundraise to help bring the Natural High program to every student across the country by visiting StayClassy.org.

It costs JUST PENNIES to reach youth with the Natural High message, far less expensive than the devastating costs of addiction/rehab, etc.

Natural High was founded by Jon Sundt, the CEO of a financial services company based in La Jolla, CA who has personally experienced the aftermath of drugs ripping through a family. After a 10-year struggle, Jon’s younger brother, Steven, lost his battle against drugs. In 1988, he died of a cocaine overdose in the back seat of a police car. Steven left behind a beautiful 5-year old daughter, a loving wife, and his family. In 1994, his other brother, Eric, committed suicide. For 10 years, he suffered from a severe case of depression. Doctors said that Eric’s depression – and death – were very likely linked to his long-term drug use that began in high school. Following the loss of his brothers, Jon realized that they might have steered clear of drugs had they seen and heard how drugs would affect their lives – and how the devastating effects of drugs would end their lives. This has served as the inspiration behind the Natural High organization – to help young people find their natural high so they have a reason to say no to an artificial high.