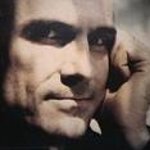 The 2012 National Christmas Tree Lighting will take place on Thursday, December 6 on the Ellipse at President’s Park in Washington, D.C. The ceremony will kick off the holiday season in our nation’s capital and can be viewed online LIVE at www.thenationaltree.org beginning at 4:30pm ET with the exclusive National Christmas Tree Lighting pre-show. The event also can be seen on public television throughout the month of December. Broadcast times can be found by checking local listings or visiting www.thenationaltree.org.

The premier sponsor of this year’s National Christmas Tree Lighting ceremony is UL (Underwriters Laboratories), a global safety organization. Now in its fourth year, UL’s premier sponsorship of the National Christmas Tree Lighting ceremony is part of its national safety campaign to educate consumers on how they can make their homes safer during the holidays. More information can be found at www.SafetyAtHome.com. Other event supporters include GE Lighting, Amtrak, Guest Services Inc., Hargrove Inc., Hudler Carolina Tree Farms, United Airlines and the Willard InterContinental Washington, D.C.

Shaggy and Flo Rida have been seen and heard on numerous national television programs recently along with several radio programs and the big question is: what’s going on in Orlando, Florida, Saturday July 17? The answer: a Free Concert to celebrate our healthcare workers and first responders. More →