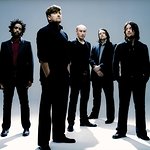 The star item this year is an Olympic Closing Ceremony programme, which has been generously donated by Elbow. Signed by some of the performers who gave the greatest show on earth a fitting send off – including Roger Taylor (Queen), Mike Rutherford (Genesis), Russell Brand, One Direction, Liam Gallagher, Muse, Ed Sheeran, Rick Wilson (Kaiser Chiefs), Richard Jones (The Feeling), and Renato Sorriso – this is a once in a lifetime opportunity to own a unique piece of Olympic and musical history.

Elbow’s Guy Garvey said, “MAG are great because through their work they prevent people from becoming horrifying statistics. It’s impossible to quantify how important MAG are. These people are the best that people can be and you can be one of them without even leaving your armchair by bidding on their online auction.”

Another one of a kind item up for grabs is a signed poster perfect for fans of house music everywhere. Legendary London house label, Defected Records, kindly donated a canvas poster of their 2011 summer season at Pacha, Ibiza, signed by a host of DJs who played there including Bob Sinclar, The Shapeshifters, Junior Jack and many more.

Defected said, “In recognition of MAG’s fantastic hard work and dedication, we have donated a limited edition signed canvas line-up poster from our sell-out 2011 summer season at Pacha in Ibiza. This is an exclusive item perfect for house fans everywhere. So, get bidding to help support MAG’s life-saving work, whilst grabbing yourself some exclusive house music history.”

There are a host of other signed items from the likes of Tulisa, Emeli Sandé, Sigur Rós, The Temper Trap, Nanci Griffith, Warpaint, DJ Sneak and Barem.

For the more visually inclined, there are some striking music gig posters up for grabs, as well as a photo of Tim Burgess signed by the photographer Mark Campbell, and a 1993 artwork proof of The Verve’s Storm In Heaven signed by famous rock photographer Michael Spencer Jones.

All money raised from this auction will help MAG continue its life-saving, life-changing work. Please bid high to help MAG clear more landmines and destroy more weapons whilst bagging yourself a unique piece of musical memorabilia.