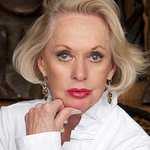 “The Big Cats and Public Safety Protection Act would prohibit private possession of big cats except at highly-qualified facilities, like accredited zoos, where they can be properly cared for and restrained,” remarked Congresswoman Sanchez, adding “The bill would require any persons who currently possess big cats to register those animals with USDA in order to keep the cats they currently own.”

Additionally, and perhaps more importantly, the bill would also outlaw the breeding of any big cat except at accredited zoos or educational institutions. Violators of the law will have their animals confiscated along with any vehicles or equipment used to aid in their illegal activity, and could face stiff penalties including fines as much as $20,000, and up to five years in jail.

“An alarming number of exotic felines have been bred and sold as domestic pets in the U.S. This trend threatens public safety and often results in the mistreatment of these animals,” says Congressman McKeon.

Just recently, the tragic events in Zanesville, Ohio, where 49 wild animals were killed after they were let loose on an unlicensed wild animal preserve, showcases the dangerous implications of this trend. Currently, only nine states have laws enforcing “no wild animals permitted,” and the remaining states have either very weak or no laws in existence at all. This bi-partisan Bill will ensure that lions, tigers and other dangerous big cats, do not threaten public safety, diminish global big cat conservation efforts, or end up living in horrible conditions where they can be subject to mistreatment and cruelty.

“These are apex predators,” remarked Tippi Hedren. “They are dangerous by nature and never make good pets. In the wild, they exist to take out the weak and the old. This basic instinct does not change in captivity.”

Hedren offered just a few examples, beyond that of the now famous Ohio state massacre: “In Texas, a 4 1/2 year old boy had his arm ripped off. Through miracles of modern medicine it was re attached but is non functioning. In Kansas, a high school group went to have a unique photo for their yearbook with a photographer who had a tiger. Each one stepped forward… photo taken… as one girl stepped forward… the tiger stepped on her foot…. she screamed… the tiger jumped her… bit her in the neck, killing her instantly. In Minnesota, a ten year old boy and his father visited a friend who had a collection of lions and tigers. He opened the gate for the boy to be photographed with one of the tigers. The tiger burst through the gate to get to the young boy followed by a lion, both attacking the boy leaving him a lifetime quadriplegic. Another Texas example, an 11 year old girl went into the tigers cage with her step father to groom the tiger. The tiger jumped the little girl and bit her in the neck killing her instantly. Her birth father later appeared on TV with tears rolling down his face and cried ‘Why aren’t there laws?’”

When Hedren had finished offering these few examples, she added “None of these should ever have happened! By supporting the Bill, you can be a part of stopping this insanity!”

“No matter how many times people try to do it, wild cats such as lions, tigers, panthers and cheetahs are impossible to domesticate for personal possession and require much higher living standards compared to a domestic house cat,” said Congressman McKeon. “When accidents happen and these wild cats are released into our neighborhoods, it causes panic, puts a strain on our local public safety responders and is extremely dangerous. This Bill is a step forward in protecting the public and ensuring that wildcats reside in proper living conditions.”

“The events in Ohio last year showed the tragedy that can occur when exotic animals are privately owned by individuals, with little to no oversight,” said Congresswoman Sanchez. “Wild animals are dangerous and we clearly need better laws limiting their ownership. Exotic species should be regulated to high quality facilities with the ability to properly care for them.”

“Sanctuaries across the country are full to capacity now. And even after the Bill passes, we will have at least 20 years (the average lifetime of an exotic feline) of cleaning up the mess created by breeders,” commented Tippi Hedren.

Shambala’s Executive Director, Chris Gallucci, adds “The passing of the ‘Big Cats and Public Safety Protection Act’ would be a step in the direction of saving lives and alleviate the over-crowding of sanctuaries such as Shambala. In fact, we would like nothing more than to put out of business, because the need has been eradicated.”

This legislation is supported by the International Fund For Animal Welfare (IFAW), Born Free USA, Humane Society of United States, Big Cat Rescue and The ROAR Foundation/Shambala Preserve – which hosted the press conference.

The Roar Foundation, was founded in 1983 by Tippi Hedren, to support the abandoned exotic felines at Shambala Preserve. Their mission is to educate the public about the dangers of private ownership of exotic animals. Huge numbers of dangerous animals are bred and sold in the United States for illegal purposes. Shambala is home to over 50 big cats: lions, tigers, cougars, black and spotted leopards, servals, bobcats, Asian leopard cats, and a jungle cat, who live out their lives at Shambala. All have come to the Preserve after confiscation by authorities such as California Fish and Game, the United States Department of Agriculture, the ASCPA, and various Humane Societies. They are from roadside zoos and private citizens who realize that they have purchased an animal that they can no longer handle. The exotic cat trade is a huge business, just under illegal drugs, according to U.S. Fish and Wildlife. Once an animal is brought to Shambala, it remains here for the rest of its life. As a true sanctuary, they do not buy, breed, sell, trade, or subject their animals to commercial use. Their only purpose is to allow these magnificent animals to live out their lives with love and dignity. Each “Wild One” has the best human, nutritional, medical, emotional, and mental care possible.