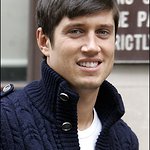 It was a case of life in the fast lane for a host of celebrities earlier this week when they turned up at the annual British Grand Prix Party in aid of the Great Ormond Street Hospital.

Hosted by Vernon Kay and Tess Daly, the event raised over £700,000 (US$1.4 million) to build the hospital’s new Heart and Lung Center. Held at London’s famous Bloomsbury Ballroom at Victoria House, the event attracted a host of stars, including producer and hip-hop star Pharrell Williams, Simon Webb, Jamelia, and Formula One’s Jenson Button and Damon Hill.

“I stand fully behind the F1 efforts to make a better life for GOSH’s young patients,” said Button, who was one of the first to arrive on the red carpet – perhaps because of his fast driving skills.

Mark Webber was another driver in attendance to show his support.

“An Australian friend’s little boy was treated at GOSH,” he said. “Unfortunately he did not make it, but in his time at the hospital he was cared for so well that giving my support is a matter of the heart.”

Dinner was followed by an auction, which included the chance to bid on items such as an opportunity to complete two laps in Santander’s two-seater Grand Prix car, driven by ‘The Stig’ from BBC television’s Top Gear on race day of the British Grand Prix, a meet-and-greet with Barry Manilow, and the Steinmetz diamond-encrusted steering wheel used by Kimi Raikkonen.

The evening ended with dancing to the grooves of Basement Jaxx.

Great Ormond Street Hospital in London treats more than 100,000 ill children each year, and specializes in the most complex, life-threatening and life-limiting conditions. It relies on public donations to boost the Government funding it receives.