Get Your Hands On Easton Corbin's Ram Truck For Charity 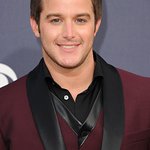 The Ram Truck brand will wrap up its successful “Road to the Ram Jam” all-star country music series with the auction of Easton Corbin's 2012 Ram 1500 Laramie Longhorn.

Starting at 7 p.m. Eastern time Monday, March 18, fans can bid for Corbin’s truck with all proceeds from the auction benefiting the Freedom Alliance Scholarship Fund, which awards college scholarships to the children of Americans in the Armed Forces who have sacrificed life or limb defending the country. Zac Brown's truck was auctioned off last week and raised $39,300 for Camp Southern Ground. To get more information on the charity auction hosted on eBay Giving Works and to bid on Corbin’s truck, visit www.ebay.com/roadtoramjam.

“The whole purpose of the auction is to help other people, and knowing the proceeds from the truck will do this is a great thought,” Corbin said. “I definitely encourage my fans to bid on the auction. They get a great truck out of the deal and also provide college scholarships to some well-deserving young people.”

“All of the proceeds from the auction of Corbin’s Ram truck, are going to help the sons and daughters of American heroes achieve their dream of a college education,” Tom Kilgannon, president of Freedom Alliance, said. “Every scholarship we give out is a reminder to the student that their parent’s sacrifice will never be forgotten by a grateful nation.”

The Road to the Ram Jam series was the ultimate fan experience. It helped bring country music fans closer to some of their favorite artists with exclusive video content, the opportunity to win prizes, free music downloads, as well as a chance to enter to win trips for two to the exclusive Ram Jam concert.

The invitation-only 2012 Ram Jam concert event held on Dec. 29 in Nashville, Tenn., was a huge success with a performance by all five participating artists. For those that missed the live stream of the concert event on Ram Country on Yahoo! Music, click here and check out some of the highlights from the night.

Audacy marked its return to live events as it hosted “Stars and Strings” on The Rooftop at Pier 17 at the Seaport in New York City on September 11. More →

Labor of Love 2016 with Chris Young