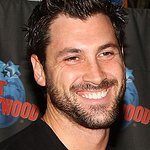 “Dancing with the Stars” professional dancer and popular cast member Maksim Chmerkovskiy will bring his ballroom flair to the 37th Toyota Pro/Celebrity Race on April 20 as grand marshal of the long-running, prestigious charitable event.

Chmerkovskiy will be joined by singer and former “American Idol” contestant Paul McDonald, who will open the race by performing the national anthem.

Chmerkovskiy, a Latin ballroom dance champion, choreographer and instructor, thrilled audiences as an outspoken and fiery competitor on “Dancing with the Stars.” McDonald was a popular finalist on Season 10 of “American Idol,” performing original music from his band, The Grand Magnolias.

The participation of both celebrities adds to the impressive list of Toyota Pro/Celebrity Race drivers from film, television, music, sports and the military who will speed through the historic 1.97-mile street circuit on the streets of downtown Long Beach, Calif. They include one of Mexico’s most acclaimed actresses Kate del Castillo; Jenna Elfman, star of “1600 Penn”; Olympic gold medalist Jessica Hardy; “Dallas” star Jesse Metcalfe; actor Jackson Rathbone, best known for his role as Jasper Hale in the hit “Twilight” movie series; comedian Wanda Sykes, Medal of Honor recipient Dakota Meyer and Jeremy Sisto, star of “Suburgatory.”

“We are thrilled to have Maksim Chmerkovskiy serve as grand marshal and Paul McDonald sing the anthem before this year’s race, bringing more star power to this high-profile charitable event,” said Les Unger, Toyota national motorsports manager. “Together their presence will help bring more attention to the children who benefit from The Toyota Pro/Celebrity Race.”

The Toyota Pro/Celebrity race is one of the longest-running, corporate-sponsored events of its kind. Toyota annually donates $5,000 to Racing for Kids on behalf of each participant and another $5,000 to the winning racer’s charity of choice. Racing for Kids – a national nonprofit program benefiting children’s hospitals throughout the country – was created as a way to connect these children with their favorite celebrities and race car drivers.

Since 1991, Toyota has donated more than $2 million to the Racing for Kids organization, on behalf of this race and its participants. In addition to Toyota’s contributions, a $15,000 donation will be made in conjunction with the 16th annual “People Pole Award.” Sponsored by People magazine, the award honors the pole-position winner of the Toyota Pro/Celebrity Race qualifying session on April 19.

To learn more about the Toyota Pro/Celebrity Race, visit www.toyotaracing.com/series/toyota-pro-celebrity.html.

The ONE Campaign, the global health and anti-poverty organization co-founded by Bono, today launched “Pandemica,” an animated series created to raise awareness of the critical importance of global vaccine access in ending the pandemic. More →