Barry Gibb To Be Honored By Nordoff Robbins Music Therapy 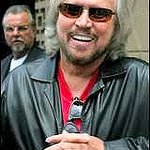 Nordoff Robbins is tremendously excited to announce that the phenomenal Barry Gibb is to receive the Sony Mobile Lifetime Achievement Award at this year’s O2 Silver Clef Awards.

Barry says, "I am honoured to be given the prestigious Lifetime Achievement Award at the O2 Silver Clef Awards. Having had music play such an important role in my own life for over 50 years I can truly appreciate the work Nordoff Robbins do, using music to transform other people’s lives.

“I first got to know of Nordoff Robbins work in 1993, when the Bee Gees were awarded the Special Achievement Award at the Silver Clefs and it has been amazing to see how the charity has grown and developed and continues to support so many people with music therapy.”

Famed for being one third of the incredibly successful Bee Gees, Barry Gibb has had an exceptional career, selling over 220 million records since the Bee Gees were founded in 1958.

Known for his instantly recognisable falsetto singing voice, particularly on the cult Saturday Night Fever soundtrack album, which went 15 times platinum and stayed on Billboard’s album charts for 120 weeks, it epitomized the disco phenomenon on both sides of the Atlantic in the late 1970s.Gibb shares the record with Lennon and McCartney for six consecutive Billboard Hot 100 Number Ones as a writer and is in the book of Guinness World Records as the second most successful songwriter in history behind Paul McCartney. In the 1990s Barry was inducted into the Songwriters Hall of Fame and the Rock and Roll Hall of Fame. He has achieved the astonishing feat of having No. 1 hits across each of the past five decades and his music continues to delight fans the world over.

Aside from his accomplishments as an artist Barry has also had great success as a record producer with the likes of Andy Gibb, Barbra Streisand, Diana Ross, Dionne Warwick, Kenny and Dolly and famously wrote and produced the track, ‘Grease’, for the hit movie, which featured vocals by Frankie Vali and sold over half a million copies. It is exactly 20 years since The Bee Gees won their well-deserved Special Achievement Award at the Silver Clefs in 1993.

David Munns, Nordoff Robbins Chairman, said,“I can think of no better artist to receive the Lifetime Achievement Award than Barry Gibb. With a career spanning over 50 years, he has released, written and produced some of the most influential music the world has ever heard. It is exactly 20 years since The Bee Gees won their well-deserved Special Achievement Award at the Silver Clefs in 1993, so what better way to pay tribute to Barry’s fantastic career than by honouring him in 2013 with the prestigious Lifetime Achievement Award.”﻿

Nordoff Robbins uses music to reach children and adults whose lives are constrained by illness, disability, trauma or exclusion. This year’s Silver Clef Awards takes place on June 28 at the London Hilton on Park Lane. Also being honored on the night are Coldplay and Alison Balsom. Find out more here.