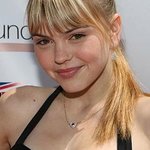 As lead sponsor for the event and a corporate partner since 2008, Nautica continues to cement its legacy of support for Oceana’s mission of protecting the world’s oceans. Following the Nautica brand’s lead, The Oceana Beach House is receiving generous support from LA Confidential, Chandon, Lagunitas Brewing Company, iTouchBooth and Zico Pure Premium Coconut Water.