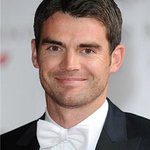 James supported Nordoff Robbins in 2012 during his Benefit Year, choosing the music therapy charity as one of his beneficiary charities. As part of his support, he visited the Nordoff Robbins London Centre in July 2012 and sat in on a music therapy session with two young autistic children who find it difficult to communicate, interact and engage with those around them.

“Nordoff Robbins’ music therapy work struck a real chord with me,” said James Anderson. “I’m a really big music fan so to see a charity using music to transform lives is really special to me. During a visit to their centre, I got to see first-hand the difference music therapy can make to all kinds of people. Their work is really unique and I’m proud to support them.”﻿

James is an extremely talented cricketer and a key facet to his success, particularly in the Test arena has been his ability to bowl consistent line and length deliveries. His ability to adapt to the conditions and batsmen he is confronted with is another key strength lauded by critics. These statistics highlight his quality and the opinion that his control is outstanding.﻿﻿ In fact he has become England’s premier fast bowler and leader of the bowling attack. He made his first class debut for Lancashire at the age of 19, his England ODI debut at 20 and has become an integral part of England’s rise to the number one Test team in the world.﻿

Nordoff Robbins is extremely proud and grateful to have James as an Ambassador. Jo Carter, Director of Fundraising at Nordoff Robbins said: “James has a real passion for music and, like us, a strong belief in the difference music can make to people’s lives. We are delighted to have him on board and we are proud to have him as an Ambassador. We know his involvement will help us raise much needed funds and awareness to enable us to bring the transformative power of music to many more lives.”﻿