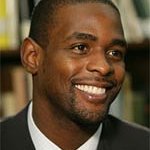 The usual cast of characters joined Webber, with a few new faces that flocked to his event with nothing but love for Webber and his efforts.

Webber’s Celebrity Weekend is held every year to raise money for the Chris Webber Foundation. And every year, more and more celebrities are turning up to support one of the most popular and well-liked humanitarians around.

Guests enjoyed a celebrity poker game, VIP party at Prive with a live performance from rapper Too Short, and a Saturday night soiree which included a live auction and incredible performance by Rock and Roll Hall of Famer Gladys Knight. After the show, guests enjoyed a private party at Koi where they were swanked by celebrity athletes and colorful guests.

For a complete in-depth review, along with celebrity interviews and photos, visit www.Athlebrities.com.