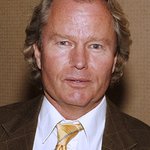 The 7th Annual Safety Harbor Kids Polo Fundraiser will be held on September 7th from 1-5pm, in Pacific Palisades, CA.

With the British American Business Council and Brits in LA taking part, the event will feature appetizers, lunch, wine tasting, polo matches, open bar, surprise entertainment, a string quartet and vocal performances as well as gift bags and a “best hat” contest. Tesla, whose model S was voted Motor Trend Car of the Year will have a car on display.

The venue, the Will Rogers Polo Club, offers breathtaking views from the mountains to the sea, and has been the filming location of many movies including Star Trek IV (William Shatner 1986) and Pretty Woman (Julia Roberts and Richard Gere, 1990). Old Hollywood royalty including Clark Gable, Joan Crawford, Walt Disney, and Gary Cooper also frequented the polo estate formerly owned by 1930’s entertainer Will Rogers.

Founded in 2007, Safety Harbor Kids (SHK) is a 501c3 nonprofit formed for the purpose of enriching the lives of parentless and homeless children through education in the areas of college, career, music and the arts. SHK operates with one of the lowest expense ratios in the nation at 40% and serves more than 3,000 at risk youth from group homes and shelters within Los Angeles and Ventura Counties, the United States and Worldwide.

To attend or donate visit www.donatetoshk.org for ticket information.