Kiwi Stars Want To Get Free With Greenpeace 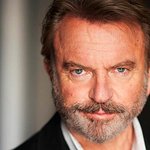 A star-studded array of New Zealanders has joined forces to criticise the government in a new campaign to be launched this (Wednesday) evening.

Uniting under the slogan Get Free, they have created a new three-minute ‘call to action’ addressed to the nation, which can be seen at www.getfree.org.nz. In it, they call for New Zealanders to stand together in defence of the country’s oceans, the New Zealand way of life, the right to protest and against the government’s plans to drill for deep sea oil.

Backing clean energy instead would, say the group, be a boost for New Zealand’s environment and economy.

Almost 30,000 jobs could be created in areas such as the geothermal and bioenergy industries, revealed a report, released earlier this year and based on scientific modelling carried out by experts in Europe, Australia and New Zealand. The analysis shows that the geothermal industry alone could be worth over NZ$4billion to the economy every year.

And a growing bioenergy sector could see New Zealand becoming increasingly less reliant on foreign oil imports, saving the country over NZ$7billion each year by 2035.

The call comes in the wake of the National-led government’s controversial crackdown on protest at sea and as New Zealand’s reputation for being clean and green faces increasing international scrutiny. In recent days, Texan oil company Anadarko has announced plans to drill in New Zealand waters in the coming months.

Bunny McDiarmid, head of Greenpeace, who co-ordinated Get Free, said: “The Get Free message is loud and clear that if we don’t stand up now, we stand to lose things of great value to us – our democratic rights and our unpolluted waters.”

Sir Ted Thomas said: “The new law making it illegal to protest at sea is shameful. We have a long history of defending our land and sea and fighting for our freedoms. In many ways protest has provided the strong foundations on which we have built New Zealand. If there ever was a time to protect our country, now is that time.”

Leading New Zealand businessman and founder of the Pure Advantage group Phillip Mills said: “From a business perspective, failure to deal with climate change will undo all of our hard work. Conversely, the greatest future opportunities lie in dealing with this problem. The intelligent path for New Zealand is clean energy innovation, not the blind pursuit of more oil.”

Entrepreneur Nick Gerritsen said: “The evolution of the green economy is a natural fit for NZ. It’s what we do. It’s what the world thinks and expects of us. It’s common sense because it’s where our competitive advantage rests.”
Others participating in Get Free include Lady Blake and Peter Williams QC, oncologist Dr George Laking, Te Whanau ā Apanui kaumātua Rikirangi Gage and lawyer Dayle Takitimu, surfing stars Mischa Davis and Daniel Kereopa, actors Robyn Malcolm and Lucy Lawless and Maria Tyrrell, the daughter of RNZN Commander Alan Tyrrell who was the Commanding Officer of the HMNZS Otago at the Moruroa Protests.

The government’s new law banning aspects of peaceful protesting at sea was heavily criticised by lawyers and politicians when it was introduced. Over 45,000 people signed a statement against the new measures.