By Elizabeth Willoughby on August 5, 2008 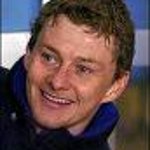 Former footballer Ole Gunnar Solskjaer, Manchester United’s baby-faced assassin, will use the proceeds of a recent match to build schools in Africa.

With an expected £2 million raised from the game, 10 schools costing between £20,000 to £200,000 will be built in Angola, Malawi and Mozambique through UNICEF, and will additionally include teaching materials, writing materials and sports equipment.

Executive director of UNICEF Norway, Kjersti Flogstad, said in the Sunday Times: “There are not many people, let alone footballers, who are like Ole. It has been a big joy and a source of motivation to work with him.”

A UNICEF Goodwill Ambassador since visiting a camp for abandoned children in Thailand in 2001, Solskjaer has donated the proceeds of various events to UNICEF, some of which have also been used to build schools in Africa, plus he’s planning on several more.

“In Africa almost half the kids who should be in school are not in school,” said Flogstad. “We and Ole want to create safe havens for such kids.”

Manchester United’s Mikael Silvestre has also taken an interest in Africa. At a UNICEF soccer clinic near Johannesburg, The Telegraph quoted Silvestre: “I wanted to come and meet these people who are suffering with [HIV], to show them we care. They are still proud and they still live life normally. They have a big determination to fight this disease and they are involved in preventing the spread of HIV/AIDS through different organisations. It was very good to hear.”

UNICEF’s project uses sport to get kids to open up, thereby becoming more receptive to information on risky behaviour and HIV infection prevention.