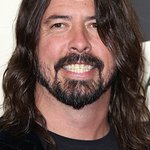 Dave Grohl is the lead vocalist, guitarist, and main songwriter for the Foo Fighters, a band he founded after being the drummer for the American grunge band Nirvana. Grohl is an eleven-time Grammy winner, and was Grammy-nominated a total of 25 times. He has also taken home an American Music Award and two MTV Music Video Awards.

Also performing will be rock artist Rick Springfield, who won a Grammy for his No. 1 hit “Jessie’s Girl” in 1981 and received an additional three Grammy nominations. Oscar and Grammy-winning artist Ryan Bingham will be performing as well. He recently wrote and recorded “Until I’m One With You,” the theme song for FX’s drama-series, The Bridge. Bingham performed and co-wrote Crazy Heart’s (2009) award-winning theme song “The Weary Kid,” earning him an Oscar, Grammy, Golden Globe, and Critics Choice Award, with the American Music Association naming him “Artist of the Year.”

Also taking the stage will be American Idol finalist James Durbin, who is recognized for placing in the top four of Season 10, while openly sharing his challenges of living with Asperger’s and Tourette’s. In addition, The White Buffalo with singer/songwriter Jake Smith (Shadows, Greys and Evil Ways) will perform. World-renowned DJ Splyce will be providing entertainment throughout the evening.

The Third Annual BLUE JEAN BALL is honoring Chuck Saftler, President of Program Strategy and Chief Operating Officer of FX Networks, and Autism Speaks Board of Directors’ Member. Saftler will receive the tribute for his dedication to autism awareness. Hosting the event will be television personality Maria Menounos (Extra) and Emmy Award-winning Actor Michael Chiklis (The Shield, Vegas, The Commish).

The Autism Speaks BLUE JEAN BALL is dedicated to raising awareness and funds for innovative autism research and resources for individuals and families affected by the disorder. Tickets, sponsorship opportunities and additional information are available at events.autismspeaks.org/bluejeanball.

“One in 88 children is currently diagnosed with autism, and the annual cost for families living with the disorder is an average of $60,000,” stated Matt Asner, Executive Director of Southern California for Autism Speaks. “Now, more than ever, we need to raise awareness and assure that research, advocacy and family service initiatives continue to be funded. What better way to make a little noise than with a rock and roll concert?”