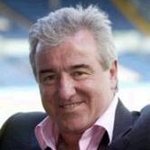 English football legend Terry Venables is part of a sport-themed lineup at a special charity gala, with proceeds to benefit Macmillan Cancer Support.

Terry Venables, noted former England football coach and player, will discuss the vicissitudes of his career and the sport itself at the fundraising gala. The gala will be held at the St Johns Hotel in Solihull, England, on 25 September 2008. Hosted by Talksport presenter Ian Danter , the event will also include a three-course dinner.

Venables is well known for his lengthy football career as both a player and manager in England and internationally. He played for the England national team in 1964 and managed that same team from 1994-1996. In 2006, Venables participated in Soccer Aid, a charity event that raised £2.6 million for UNICEF. Venables coached the England team, comprised of celebrities and football legends, which was victorious in the televised match against the Rest of the World squad.

Macmillan Cancer Support is a not-for-profit organization providing practical, medical, emotional, and financial support to cancer patients. The organization is headquartered in London with regional offices throughout the UK and an extensive online community. In addition to the September charity gala, Macmillan hosts a variety of fundraisers during the year including sporting events, coffee mornings, and picnics.