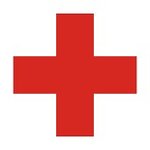 Major League Baseball will donate $200,000 to the American Red Cross and the U.S. Fund for UNICEF to assist with disaster relief efforts in the Philippines, which was just struck by Typhoon Haiyan, one of the strongest storms on record.

“Major League Baseball is eager to support the relief efforts assisting the people of the Philippines who have suffered because of this tragic storm,” Baseball Commissioner Allan H. (Bud) Selig said. “Millions of people, including many children, have been affected by this storm, and we encourage others to contribute to the essential work of both UNICEF and the Red Cross in helping the country recover during this most difficult time.”

Caryl Stern, President and CEO, U.S. Fund for UNICEF said: “Major League Baseball has been a true friend to the world’s children in their time of need. In the aftermath of Typhoon Haiyan, some five million children have lost their homes, schools and communities. MLB not only asked fans to support UNICEF’s response, but today they have made a generous gift to help fuel the relief so desperately needed. On behalf of the children who’ve endured the strongest storm in history, we thank MLB and its fans for the support.”

“The generous support of Major League Baseball will help the Red Cross support people affected by Typhoon Haiyan, both in the emergency response and as people and communities work to rebuild their lives,” said Neal Litvack, chief development officer at the American Red Cross.

MLB Network will provide information across its studio programming about the work being done by UNICEF and the American Red Cross and encourage viewers to donate. MLB.com, the official Web site of Major League Baseball, will also support relief efforts with editorial coverage, social media outreach and prominently-displayed links to UNICEF and the Red Cross where baseball fans can make contributions online.