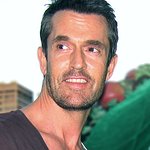 The event, sponsored by Coutts and now in its 17th year, is raising funds for Nordoff Robbins’ music therapy work.

Nordoff Robbins deliver music therapy to people with a range of challenges such as autism, dementia, physical and learning disabilities and life-threatening or terminal illnesses, such as cancer. Music therapy gives even the most isolated people an opportunity to communicate and to be heard. As the UK’s leading provider of music therapy, they carry out their work in their own music therapy centres, in schools, community centres, hospitals and care homes.

Gabrielle Aplin has enjoyed an amazing year in which her gold-selling debut album ‘English Rain’ peaked at #2 during a chart-run that lasted for almost five months, helped by the success of her first #1 single ‘The Power of Love’ and the hit follow-ups ‘Please Don’t Say You Love Me’ and ‘Panic Cord’

Jahméne Douglas’ album debuted in the official UK album chart at number 1, and has remained in the top 5 for the last month. An amazing achievement in less than a year since being a total unknown when appearing for the first time on the X Factor auditions, to now topping the UK album chart.