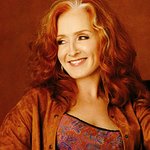 A Song Is Born will explore the history and evolution of songwriting and celebrate the various and invaluable contributions of key players behind the music and their impact on the American cultural landscape. The GRAMMY Week concert promotes the GRAMMY Foundation's mission of recognizing and preserving our musical past, so that future generations can continue to benefit from an appreciation and understanding of those contributions.

The GRAMMY Foundation Legacy Concert is part of the GRAMMY Week series of events, culminating with Music’s Biggest Night, the 56th Annual GRAMMY Awards, which will take place on Sunday, Jan. 26, at Staples Center in Los Angeles and will be broadcast live in high-definition TV and 5.1 surround sound on CBS from 8–11:30 p.m. (ET/PT).