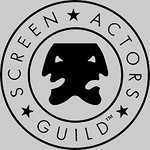 The SAG Awards Red Carpet Bleacher Seat Auction, the second in a trio of online auctions benefitting the Screen Actors Guild Foundation, is currently on at sagawards.org/auction.

Film and television fans will be able to bid on over 100 bleacher seats, from which they can see their favorite stars walk the SAG Awards Red Carpet and have the opportunity to take pictures and request autographs. Special VIP positioning includes two front-row seats across from the People.com platform, two across from the Associated Press platform and two across from the photographers and fashion cameras, among others. The auction closes Tuesday, January 7 at 9 p.m. (ET) / 6 p.m. (PT).

“The SAG Awards Red Carpet Bleacher Seats Auction and the entire auction series allow the SAG Foundation to provide award-winning children’s literacy programs as well as crucial assistance and educational programming for performers,” says SAG Foundation Board President JoBeth Williams. “We are incredibly grateful to the SAG Awards for its commitment to philanthropy and its support of the SAG Foundation for 20 years.”

The SAG Awards Ceremony Auction, the final auction in the series, is scheduled to begin Thursday, January 16. Featured items donated by this year’s nominees and presenters include autographed scripts, posters, wardrobe and props. Opportunities to visit sets will also be offered, as will packages and experiences from sponsors and entertainment media outlets.

Actor recipients will be announced at the 20th Screen Actors Guild Awards ceremony on Saturday, January 18, 2014, simulcast live from the Los Angeles Shrine Exposition Center on TNT and TBS at 8 p.m. (ET) / 5 p.m. (PT). A primetime encore presentation will follow immediately on TNT at 10 p.m. (ET) / 7 p.m. (PT). A live stream of the SAG Awards can also be viewed online on sagawards.tntdrama.com and tbs.com, as well as through the Watch TBS and Watch TNT apps for iOS or Android. (Viewers must sign in using their TV provider user name and password in order to view the live stream.)

SAG-AFTRA members will also be casting ballots for the 2014 honors for outstanding action performances by film and television stunt ensembles, the recipients of which will be announced during the annual Red Carpet Pre-Show webcast on sagawards.tntdrama.com, tbs.com] and People.com. The webcast will begin at 6 p.m. (ET) / 3 p.m. (PT).