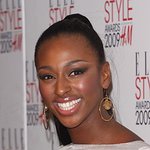 Guests were treated to a night of Hollywood glamour at Clifton College with a themed dinner and drinks reception hosted by Suttons & Robertson and sponsored by Laurent Perrier and Goldbrick House.

Celestine, 30, from St Paul’s in Bristol, was backed by The Prince’s Trust in 2005 and given a loan to independently launch her debut album Secret Side.

Celestine, who sang at the Red Dinner, says: "The Prince’s Trust has played an important role in my life. For a charity like that to believe in me is amazing.

“Someone could have said that I was not making a product, just creating music, and see this as a risk but the Prince’s Trust just saw my potential.”

A luxury live auction, sponsored by Matthew Clarke, also saw a bass guitar signed by singer-songwriter Sting raise £5,000 to help change the lives of disadvantaged young people across the region, where 8,400 young people are currently unemployed.

The annual event, sponsored by Bond Dickinson and RBS, has raised more than £212,000 in the last two years.

One in four young people are currently unemployed in Bristol, and The Prince’s Trust, which tackles youth unemployment in every region and country of the UK, worked with 800 disadvantaged young people in the area each year.

Three in four young people supported by The Prince’s Trust move into work, education or training.