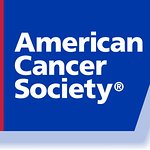 In 2014 approximately 1.7 million Americans will be diagnosed with cancer and more than 585,000 will die. Nearly 14 million Americans with a history of cancer are alive today because of continued progress and collaborative efforts to change the course of the disease.

“We are committed to a variety of causes, but this particular one stands out, because so many people are affected by cancer,” said Jared Smith, president of Ticketmaster North America. “Whether you’re an artist, an athlete, or a fan, you most likely know someone who has been affected by cancer in some capacity. That’s why we found it imperative to build on our relationship with the American Cancer Society and harness the power of our live entertainment fans to make a difference.”