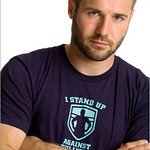 Partnerships between non-profits and for-profit ventures are increasingly important and powerful in creating sustainable funding models to bring about social change.

“We are absolutely thrilled to have reached this important milestone so quickly in our history,” said former rugby star Ben Cohen, MBE, founder and chairman of the Foundation. “Our mission is to raise awareness of the long-term, damaging effects of bullying, and to fund those doing real-world work to stop it. I feel like we are making real progress, thanks to those who support our work.”

The Foundation is funded through individual donations, corporate support and a share of income from the StandUp commercial brand. The commercial brand, which is the largest contributor to the Foundation, distributes products created in partnership with consumer favorites, such as Kiehl's Since 1851 and Nike.

Income to the Foundation to-date totals $890,000 (US and UK). Grants given total $358,000, including distributed and committed amounts as of March 2014. These figures do not include $200,000 in funds the Foundation manages and administers on behalf of the LGBT Sports Coalition, which are generated through sales of Nike’s #BETRUE brand.

“Our early days required a good deal of investment to build the structures and processes of an international Foundation. Now, we are able to give more of every dollar, which is our key metric of success. With startup expenses behind us, the Foundation operates very efficiently today, and 100 percent of our staff are volunteers,” said Alison Doerfler, executive director of the Foundation.

“Partnerships between non-profits and for-profit ventures are increasingly important and powerful in creating sustainable funding models to bring about social change,” said Patrick T. Davis, chief executive officer of Ben Cohen Worldwide, which manages the StandUp brand. “Knowing that the work is doing good in the world makes the intense efforts of coming to market worth it.” 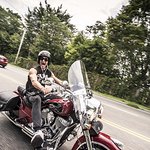