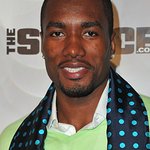 The NBA player and recipient of the April Kia Community Assist Award, has pledged $315,000 to the “UNICEF Gets Boys and Girls in the Game” project for the renovation and expansion of two orphanages in Brazzaville, Congo. Ibaka, whose home country is the Congo, has also pledged a donation of $500 for every blocked shot he records during the 2014 NBA Playoffs.

Ibaka is encouraging his fans to lend support as well. He worked with the Thunder to host a U.S. Fund for UNICEF night at a Thunder home game last month, where volunteers organized a donation, raffle and auction table. Ibaka met with each auction and raffle winner, and encouraged online donations through social media.

“We welcome Serge Ibaka into the UNICEF family,” said Caryl Stern, President and CEO of the U.S. Fund for UNICEF. “His commitment to children in the Congo will not only help to provide urgently needed interventions to children on the streets of Brazzaville, but will help to expand UNICEF programs that emphasize children’s rights to education and protection.”

“UNICEF Gets Boys and Girls in the Game” is a two year project that will focus on children in the city of Brazzaville immediately, as well as helping vulnerable children across the Congo and throughout the wider region.

Kia and the NBA will also donate $10,000 to the U.S. Fund for UNICEF on behalf of Ibaka during an on-court ceremony at an upcoming playoff game.