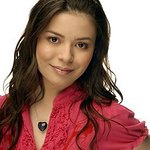 The beach-side event brings together celebrity ocean advocates and other LA-based supporters to celebrate Oceana’s ongoing victories around the globe to protect and restore our oceans and marine life.

Taking place on May 16th, 2014, at the Marion Davies Guest House located next to Santa Monica Beach, hosts and Oceana champions Miranda Cosgrove (iCarly and Despicable Me) and Austin Nichols (The Day After Tomorrow, Showtime’s Ray Donovan, and CW’s One Tree Hill) will speak about their work with the organization and rally others to get involved.

Oceana Board Member Ted Danson will also attend and speak. Guests will enjoy an evening on the beach with cocktails, hors d’oeuvres, a live DJ set by Connor Cruise and songs from celebrity guest Drake Bell's new album.