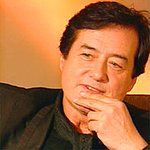 Founding member of British rock sensation Led Zeppelin in the late 1960s, Jimmy Page is unquestionably one of rock’s most important, influential and versatile guitarists and songwriters.

Jimmy Page said: “A big thank you to Nordoff Robbins and everyone involved in awarding me the Silver Clef Award.”

Nuala Donnelly, Sponsorship O2 said: “It’s a real honour to have Jimmy Page accept the O2 Silver Clef Award this year. There is no doubt that his support for the charity back in 1990 helped to raise the profile of the outstanding work that Nordoff Robbins do and it is a pleasure to be recognising such a huge talent and bonafide music legend.”﻿

CAA’s Emma Banks is Chairman of the Nordoff Robbins O2 Silver Clef Committee. Emma said: “Ask anyone ‘Who is the greatest guitar player of all time?’ and it wouldn’t take long before you hear the name Jimmy Page. Truly a legend, we are deeply honoured that Mr Jimmy Page will join us to receive the O2 Silver Clef Award.﻿”

After almost 44 years and 75 million albums sold worldwide the band continues to be as vital as ever. Black Sabbath is currently finishing up a 16 month sold-out world tour which concludes this summer when the band headlines Hyde Park for the very first time, the same stage that fellow rock legends The Rolling Stones presided over for two historic gigs last year.

Ozzy Osbourne said: “Winning the Ambassadors of Rock award from Nordoff Robbins is a huge honour. Music is our life, and we couldn’t live without it. The world can’t survive without music and this is a very special charity that brings music to everyone. There are a lot of talented people already being honoured at the awards and we are looking forward to celebrating with them at the O2 Silver Clefs this summer.”

Tom Miserendino, President & CEO, AEG Europe says: “We are extremely proud to be sponsoring this award which highlights the massive impact Black Sabbath has had on the music world. Starting in Birmingham and going on to conquer the world, the band really are great ambassadors for the music industry. We are equally excited about them taking over Hyde Park later the same evening following their triumphant return to live gigs last year.” ﻿

CAA’s Emma Banks is Chairman of the Nordoff Robbins O2 Silver Clef Committee. Emma said: “Black Sabbath are still at the top of their game after a long, illustrious and occasionally controversial career. Selling out arenas all over the globe, they really are Rock Gods!”

More info and tickets can be found here.

STEM, a new lineup of insecticides and repellents powered by plant-derived active ingredients, is kicking off a partnership with Pharrell Williams' educational organization, YELLOW, to encourage curiosity and inspire wonder through science and nature for the next generation. More →