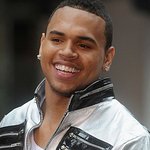 “The convergence of sports and entertainment continues this summer with the highly anticipated annual sports awards taking place in Los Angeles,” said Jen Beaver, co-founder, BRANDed Management. “We are thrilled to have Obsession by Space Jam help us celebrate the tradition of honoring the world’s greatest athletes for the ninth year!”

Attendees will dine on a savory menu prepared by Herringbone, sip on cocktails in the world-famous Skybar, with music by Brody Jenner and William Lifestyle.

The silent auction will feature top sports memorabilia, and will benefit the Artists and Athletes Alliance, a non-for-profit organization that operates as a connector between the entertainment community and Washington, D.C. by helping artists and athletes better understand and navigate the political process.

“We at Obsession Vapor and Space Jam Juice are thrilled to partner with the All-Star Celebrity Kickoff Party in celebration of the annual ESPY Awards to commend the very best that the sports world and the electronic cigarette industry has to offer,” said Danny Peykoff, CEO E-Gains.

The 9th Annual All-Star Celebrity Kickoff Party Presented by Obsession at the Mondrian Los Angeles is by invitation only and is being produced by Los Angeles-based sports and entertainment agency BRANDed Management.

Symphonic Love Launch - Sharing The Love All Over the World