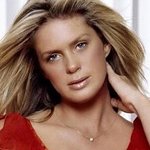 Prominent New Zealand businessmen and philanthropists, Dr Gareth Morgan and Sir Stephen Tindall, have teamed up with international supermodel and Patron to Born Free Foundation Rachel Hunter, and the Executive Director of SPCA Auckland, Bob Kerridge, to formally urge the New Zealand Government to consider a complete ban on all ivory trading and to crush the Crown’s confiscated ivory stockpile.

These prominent New Zealanders join internationally renowned conservationists, Dr Iain Douglas-Hamilton, founder of Save the Elephants, and Dr Jane Goodall, and leaders of some of the most highly respected international conservation agencies, who have jointly expressed their mutual desire for such action in an Open Letter delivered to Rt Hon Mr Key and the New Zealand Government Thursday 17th July 2014. With an in-depth knowledge of the elephant poaching crisis and witness to the effects of the illegal ivory trade on the ground in Africa, these conservation agencies are calling upon New Zealand to take further steps to support international collaborative efforts to stop the buying, stop the trafficking and stop the killing.

All of the signatories acknowledge and commend New Zealand for its internationally respected effective border control. However, with the continuing poaching epidemic they are urging New Zealand to also step up demand reduction efforts, increase public awareness and strengthen legislation. New Zealand is not immune to the illegal ivory trade, and authorities have confiscated over 700 pieces of illegal ivory since 1989, most of which were confiscated coming into the country. Last year, an Auckland man was the first New Zealander to be convicted for illegally trading in ivory.

The Open Letter is timely, considering the Foreign Affairs, Defence and Trade Select Committee is due to make a decision on 24th July 2014 regarding the petition of Auckland teacher Ms Virginia Woolf, signed by over 4300, requesting the New Zealand Government completely ban the ivory trade and crush the confiscated ivory stockpile. The Select Committee’s decision will come hot on the heels of new charges laid by authorities in May 2014, in relation to 31 pieces of ivory.

Noted in Ms Woolf’s submission to the Select Committee, are the comments of Senior Investigator Department of Conservation, Mr Dylan Swain, who has verbally stated that ivory confiscated in New Zealand includes ivory believed to be sourced since the Convention on International Trade in Endangered Species of Wild Fauna and Flora (CITES) 1989 ivory trade ban, and ivory which appears to have been stained to look older.

With such indications that New Zealand has a direct link to the illicit ivory trade and the poaching of African elephants, and an Open Letter illustrating significant if not unprecedented national and international support for New Zealand to take action, the world’s conservationists are watching for the decision of the Select Committee.

Reports from US intelligence agencies and the UN show that profits from ivory trafficking are fuelling crime, corruption and violence in fragile African democracies and financing organisations that threaten security. United Nations Development Programme (UNDP) Administrator, Helen Clark, recently commented, “…We can all do more, and we must, if we are to tackle this vile, illegal trade in wildlife.”

The price for ivory has tripled over the past four years in China, and the illegal ivory trade continues to decimate African elephant populations. The current poaching epidemic is of a different scale and nature to that which prompted the 1989 international ivory trade ban.

In New Zealand demand for ivory remains high, with Webbs auction house reporting in 2012 that prices continued to exceed estimates. Re-exports of ivory from New Zealand have reportedly increased in recent years along with the number of ivory items imported for trade purposes – 78% of all ivory items imported into New Zealand for trade purposes since the 1989 trade-ban occur over just a three year period, from 2010 to 2012. Data indicates that on a per capita basis New Zealand exceeded the US, a major ivory consuming nation, for ivory carving imports between 2009 and 2012.

The driver of the illicit ivory trade is demand. 35,000 elephants were poached for their ivory in 2012 alone. Very much an international issue, the illicit ivory trade spans the globe and a globally iconic species is on a clear path to extinction. Action is needed at a truly global level, by every nation with a domestic ivory trade – to reduce demand and shun ivory as a commodity completely.

Read more of this story at SavingTheWild.com.