Thora Birch Speaks Out Against Cruel Cosmetics Tests On Animals 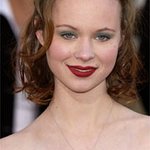 Actress Thora Birch has joined Cruelty Free International in calling for an end to animal testing in the American beauty industry.

“It is a shame that in the United States animals can still be subjected to agonizing tests for cosmetics despite the availability of modern non-animal tests,” said Thora. “Testing cosmetics on animals is an outdated and unnecessary practice. It’s also cruel. Our nation’s largest trading partner, the European Union, has banned the sale of animal tested cosmetics and proven it is possible to produce safe cosmetics without harming animals.”

Cruelty Free International is the only organization campaigning solely for a global ban on animal testing for cosmetics. With offices in the UK, the USA and Asia, it works with governments, regulators, companies and partner organizations worldwide to effect change.

Despite the fact that modern alternatives to animal testing are increasingly less expensive, faster, and more accurate at predicting human reactions than the antiquated animal tests they replace, there is no national law in place to limit animal testing for cosmetics in the United States. Cruelty Free International has supported H.R. 4148, the Humane Cosmetics Act introduced by Representative Jim Moran, D-VA, which now has several co-sponsors. The bill aims to phase out of the testing and sale of animal-tested cosmetics in the United States, which would match progress made in other countries including the European Union, Norway, Israel, and India.

North American Campaigns Manager, Monica Engebretson, said: "Ultimately it is in the best interest of the American beauty industry for the United States to catch up on this issue. Harmonizing global cosmetics testing regulations would enable each product to have one safety dossier that would be universally accepted. Moreover, modern non-animal alternatives are usually cheaper, faster and more predictive for humans.

“Moving away from animal tests will allow the industry to remain competitive in a changing global market that increasingly requires non-animal safety tests. Together we can show that world that American Beauty is more than skin deep.”