Fantasy Football Fans To Compete Against Celebrities And Help Charity 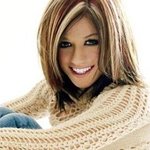 An estimated 41 million people playing fantasy sports in the United States and Canada will now have the ability to raise money for worthy causes while playing fantasy football against their favorite celebrities, Fantasy Fundraising announced today.

“Fantasy Fundraising was created as a way to combine philanthropic giving with the existing $3.6 billion industry of fantasy football,” said Wes Cain, CEO of Fantasy Fundraising. “It was important to us to create an opportunity for football fans to give back in an easy, fun and competitive way. No matter what the final score is on Sunday, with Fantasy Fundraising, everybody wins.”

Fantasy football enthusiasts interested in registering for this upcoming season can sign up online at www.fantasyfundraising.com. In just seconds, users will be ready to challenge their favorite participating celebrity while benefiting a charity of the celebrity’s choosing. There are three ways to win:
• $250 VIP Pass — Challenge a different celebrity each week for 17 weeks
• $150 Season League — Play one celebrity for the entire season
• $20 Weekly Entry — Go head-to-head against one celebrity any week

Winners of season and weekly leagues are awarded prizes from celebrity ambassadors and the charities they support. Season and weekly prizes will include, but are not limited to, backstage passes to a Kelly Clarkson Concert to include a meet and greet with Kelly, Personal Skype Session with Warren Moon and other celebrities Apple Mac Book Air, LED 50 inch smart TV, Xbox One, iPad Mini, Amazon Kindle, Beats by Dr. Dre headphones, and other unique items and experiences to be announced.

Singer Kelly Clarkson, who will represent St. Jude Children’s Research Hospital, can’t wait for kick-off. “I am excited to be a part of Fantasy Fundraising because not only do I love football and competition, but I get really excited about new and creative ways to raise money for charities,” she said.