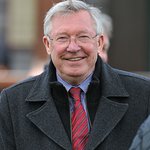 Sir Alex Ferguson has launched a year of celebration as the United for UNICEF partnerships marks its 15th anniversary.

To commemorate the longest running partnership between a sporting organisation and a global children’s charity, Manchester United is hosting a series of events in aid of UNICEF, the first of which was a photography exhibition hosted by Sir Alex Ferguson on 9th September 2014.

This invite-only event was attended by a host of esteemed guests and friends of Manchester United including Eamonn Holmes and Paddy Crerand. A selection of images were unveiled, representing an iconic era of the club, each signed by Sir Alex and a number of legendary players such as Paul Scholes, Cristiano Ronaldo and David Beckham.

A UNICEF ambassador of 12 years, Sir Alex Ferguson commented, “UNICEF is such a great partner of Manchester United and the work they do is exceptional; they deal with poverty, child abuse and exploitation, so the support they receive from Manchester United is really important.”

Catherine Cottrell, UNICEF Deputy Executive Director, said: “United for UNICEF is a ground breaking partnership and we are thrilled to celebrate 15 years working together. UNICEF is reliant on partnerships like this to continue our life-saving work for children across the world so I urge everyone to go online and bid for an exclusive image and at the same time help us support children in Vietnam.”

Guests were invited to bid on their favoured prints during the event and the auction will continue online until 5th October 2014. Money raised will help fund UNICEF’s work protecting vulnerable children in Vietnam from abuse, neglect and exploitation.

The online auction can be found www.united4unicef.org.