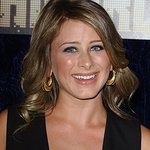 A plethora of stars will come out for the ASPCA Young Friends Benefit next month.

The Young Friends Benefit is a cornerstone of ASPCA fundraising efforts to directly impact the lives of homeless, abused and neglected animals across the country. This highly publicized event attracts more than 500 passionate and upwardly mobile young professionals including philanthropists, industry leaders, newsmakers and animal lovers.

This year’s event will feature cocktails, hors d’oeuvres, a silent auction featuring artwork by Donald Robertson and music by DJ Nick Cohen. The event is made possible through the partnership of Alex and Ani, Charity By Design, The Slater Foundation, Found My Animal, Baked by Melissa and UBER.

In conjunction with the Young Friends event, One Kings Lane will feature specially designed prints and items by artist Donald Robertson, beginning October 6, 2014. 100 percent of the proceeds will directly benefit the ASPCA.