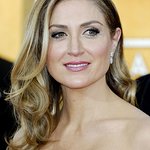 Montblanc – the renowned producer of handcrafted pens, watches and leather goods – is proud to announce the 14th annual performance of The 24 Hour Plays on Broadway Benefit for Urban Arts Partnership, on Monday, November 17.

The Benefit attracts some of the most distinguished players in the entertainment industry, to join forces and take part in an extreme rite of theater: writing, directing and performing SIX original short plays, in a 24 hour timespan. Proceeds from the evening’s performance will support Urban Arts Partnership, NYC’s largest arts education organization, in its efforts to close the achievement gap in NYC’s underserved public schools. Tickets can be purchased through events@urbanarts.org with special access packages available through www.citiprivatepass.com.

“1 Million students drop out of school each year,” said Philip Courtney, CEO of Urban Arts Partnership. “At Urban Arts Partnership, we know that for at risk students the best learning occurs when students are active and engaged in and outside of the classroom. For our students, the act of creating something new is truly empowering – it opens them up to the idea that they can successfully create their own path in life. That’s why the opportunity to participate in the The 24 Hour Plays process can be a game changer.”

On October 20, 2014, a sixth participating writer was announced as the winner of the 5th annual Montblanc Young Writers Program. In a 24-hour period, six students penned short plays that were performed by actors before an audience of industry professionals and a panel of judges. The winning playwright, Sarwat Siddiqui, will create one of the six short pieces for The 24 Hour Plays on Broadway with Christina Anderson as a mentoring playwright. The Montblanc Young Writers Program was created to further enhance the classroom experience and foster emerging talent. As a brand deeply rooted in the culture of writing, Montblanc understands the importance of the written word, communicating with intent and receiving the necessary support to achieve success.

“Montblanc has always been committed to education and literacy. Our alliance with Urban Arts Partnership enables continuing support of the New York City public schools that are pressed for resources, as well as the fostering of young talent in arts and culture,” said Mike Giannattasio, President and CEO of Montblanc North America. “Montblanc’s production of The 24 Hour Plays on Broadway ensures arts education programs remain integrated into students’ curriculum, and we proudly celebrate this year’s production.”

The marathon process for The 24 Hour Plays on Broadway will begin at 10PM on Sunday, November 16th – the night before the final production. There, six writers, six directors, 24 actors, two musical guests, and a production staff gather at the American Airlines Theatre ready to begin the daunting process. After each of the actors share a costume, prop, a special skill and stage desire — their assigned writer is tasked with composing a ten-minute play by 7 AM that morning. With the ink barely dry on the script, directors return to read and select their piece and meet with their cast for the first time by 9AM. In just 12 hours, the plays come to fruition with a final performance in front of a live audience at 8PM interspersed with six musical acts.