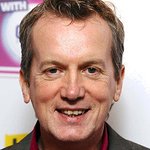 Amnesty International has revealed some of the names to take part in its famous comedy event The Secret Policeman’s Ball, which returns to London’s Royal Albert Hall on Saturday 4 October.

The event – which made its name with seven shows between 1976 and 1991 – is a star-studded night of comedy, entertainment and music. It is set to feature some of the most cutting edge and leading comedic and musical talent and will also highlight some of Amnesty International’s campaigning activities for human rights all over the
world.

This year’s Secret Policeman’s Ball will also mark the start of Amnesty International’s celebrations of the 60th anniversary of the Universal Declaration of Human Rights in December.

The first Secret Policeman’s Ball took place over four consecutive nights in London in June 1979, and featured John Cleese. In 1979, Pete Townshend became the first major rock musician to donate his services to the human rights organization when he performed three songs for the show, a performance that went on to inspire the human rights work of Bono, Sting, Bob Geldof, and many others.

This year’s show will be “cinecast” in cinemas all around the world, from Canada to Australia. A list of the cinemas who will be showing the Secret Policeman’s Ball live – and ticket information – can be found at the Amnesty International website.

The Who To Headline Nordoff Robbins Carol Service Nov 30, 2022