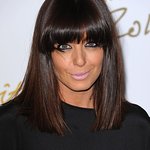 Strictly Come Dancing’s Claudia Winkleman is calling on the nation to take part in the first ever Comic Relief Danceathon.

The six hour non-stop dance frenzy will take place on Sunday 8th March at The SSE Arena, Wembley and in locations across the country – all to raise money for Red Nose Day 2015.

Claudia will be joined by a host of stars and the UK’s dance glitterati, including some familiar faces from the dance world; Arlene Phillips, Chelsee Healey, Rachel Riley, Rufus Hound and Zoe Ball, BBC Radio 2’s Jo Whiley and Got to Dance’s Adam Garcia and Kimberly Wyatt, and more great names to be announced over the coming weeks.

The Wembley places are limited, but anyone can get their groove on and join in the fun. Families can dance along for the full six hours in their sitting rooms, friends can set up a Danceathon in a village hall and sports clubs can host an event in their gym. Do it with a group or on your own – but the plan is to get the entire nation dancing between 12pm and 6pm on March 8th.

Claudia Winkleman said: “This just might be the greatest day of our lives. Wherever you live in the UK, if you like dancing, we’d love you to take part in the Comic Relief Danceathon. I am ridiculously excited.”

The money raised by the Comic Relief Danceathon is spent by Comic Relief in the UK, and across Africa, helping vulnerable and disadvantaged people to turn their lives around.

For more information about the Comic Relief Danceathon head to www.rednoseday.com/danceathon.