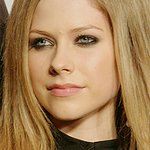 Avril Lavigne announced last week that she has written a song called “Fly” for The Avril Lavigne Foundation to support Special Olympics.

The song will be released in advance of the Special Olympics World Summer Games, which will take place July 25-August 2, 2015. More details about the song will be available soon.

The athletes supported by the campaign will come from five different countries and will be announced in February 2015. During her 2014 World Tour, Avril visited a local Special Olympics program in Shanghai to learn more about their programs, and met with and invited more than 200 Special Olympics athletes to her shows in 14 countries.

The Avril Lavigne Foundation R.O.C.K.S.: Respect, Opportunity, Choices, Knowledge, and Strength in support of children and youth living with serious illnesses or disabilities. The Foundation partners with leading charitable organizations to design and deliver programs, raise awareness and mobilize support for children and youth living with a serious illness or a disability. For information, please visit www.theavrillavignefoundation.org,