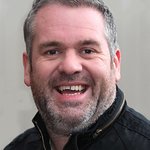 A new batch of celebrities will put their baking skills to test as they go head to head in The Great Comic Relief Bake Off.

For the first time, the special series for Comic Relief (4×60) will broadcast on BBC One over four weeks. Judged by legendary cookery writer Mary Berry and Master Baker Paul Hollywood, each episode will see four celebrity bakers put through their paces on signature, technical and showstopper bakes, in a bid to be declared Star Baker and raise as much dough as possible for Comic Relief.

Presenters Sue Perkins and Mel Giedroyc are joined by comedians Jo Brand and Ed Byrne and will each host an episode, as they support the celebrities through the trials and tribulations of the challenges.

The four Star Bakers from the series will then return for a special edition of The Great British Bake Off: An Extra Slice on the Red Nose Day night of TV, Friday 13th March, as they vie to win the coveted champion of champions title.

The series will also follow Ed Byrne as he visits a number of Comic Relief funded projects in Uganda, and Paul Hollywood as he visits a project in the UK, to show how the money raised this Red Nose Day could help change lives.

Joanna Lumley said: “How would I describe my baking ability? Nil. Zilch. Nada. Tinier than miniscule. Catastrophically lacking. Sooo not there as to be fantasy. I was given a technical challenge recipe which could have been written in Swahili, so far was it from my zone of comprehension.”

Victoria Wood said: “I’d describe my baking ability as very average. In the past, I’ve made lots of horrible flat scones. My top tip? No one really likes cupcakes. They are the fur coat and no knickers of the baking world.”

Jonathan Ross said: “I love watching the Bake Off– it’s a fantastic combination of human drama mixed with the real technical challenges of baking. And of course, looking at all the delicious bread and cake is always nice. That’s a fun way to spend an evening.”

Dame Edna Everage said: “I am a superb baker and I should have had my own catering show years ago. A bit like icing on a cake, I never want to spread myself too thin. The big challenge for me this time was not to humiliate the other contestants by being conspicuously superior.”

Tune in to BBC One at 8pm on Wednesday 11th February to find out who’s got the best buns and who’s succumbed to a soggy bottom.

It is hoped that the show will inspire the nation to get creative in the kitchen and host their own bake sales to raise money for those living incredibly tough lives in the UK and across Africa. For more information and to download a free fundraising kit visit www.rednoseday.com/bakeoff.