Radio Show Talks To Stars About Making A Difference 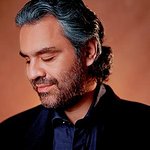 For celebrities, philanthropy offers a chance to give back to society by opening their hearts and wallets. But who are some of the nation’s most charitable stars and what are their favorite causes?

WIOD and WSBR radio personality Keith Singer’s new radio segment Making a Difference, offers high profile guests who are giving back to their communities an open mic to discuss their philanthropy and charitable involvement.

During the month of February, join Singer for a series of exclusive interviews with top celebrities who have made an indelible mark on the entertainment and media landscape. On his special radio segment Making a Difference, Keith will feature interviews with legendary Media Personality & Emmy and Peabody award winning host Larry King, (a media innovator in his prime). King will discuss two charities he supports, The Larry King Cardiac Foundation established in 1988 after King’s quintuple bypass heart surgery and the Catskill Resort Museum Project.

On February 22nd at 10:45 am on 610 WIOD, Singer interviewed Actor and Impersonator Kevin Pollak (A Few Good Men and The Usual Suspects), who is performing with Comedian Richard Lewis (Curb Your Enthusiasm on HBO), February 27th at a Catskill Resort Museum Fundraiser. The event, at the Parker Playhouse in Fort Lauderdale, is being billed as “A Hilarious Night of Comedy.” Proceeds support the Catskill Resort Museum Project, a 501c3 organization.

On Monday February 23, on 740 WSBR, Actor Chazz Palminteri (The Usual Suspects, The Bronx Tale) discusses his charity The Child Reach Foundation as well as his Play, A Bronx Tale which debuts at the Seminole Casino Coconut Creek, in South Florida on February 26th.

And rounding out the February interviews on Making A Difference, is retired NBA pro Shane Battier, who shares details about the charity near and dearest to his heart, The Battier Take Charge Foundation. Airdate TBA.

Learn more about Keith Singer and Making a Difference here.