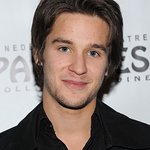 The Hollywood Dance Marathon steps up its fundraising efforts with the 4th annual charity benefit on March 21, 2015.

Produced by Los Angeles-based Lights Camera Cure (“LCC”), this citywide dance marathon puts a new spin on “Old Hollywood” charity benefits. The event goes beyond being in the swing of fashionable fundraisers with a hip, high-energy, six-hour dance party staged at the historic Avalon Theater.

Proceeds from the 2015 event will go to pediatric cancer programs at Mattel Children's Hospital UCLA and the Four Diamonds Fund at Penn State Hershey Children’s Hospital.

The event will be hosted by film and TV star Devon Werkheiser (Ned’s Declassified School Survival Guide) and feature Celebrity Ambassadors Scott Michael Foster (Greek, Chasing Life) and Jonathan Bennett (Mean Girls, Dancing with the Stars), plus other celebrity guest hosts such as Lindsay Arnold (Dancing with the Stars), Taylor Spreitler (Melissa & Joey), Lamorne Morris (New Girl), The Cast of Fresh Off the Boat, Katherine Hughes (Me and Earl and the Dying Girl), Kenton Duty (Lost, Shake It Up), Gia Mantegna (The Middle, 13 Going on 30), and more.

Dancer registration is now open for anyone who wants to dance for a cure at this entertaining fundraiser. People can sign up to dance, individually or in a team, and raise funds from family and friends through their own dancer webpage. No dance skills required. For full information, go to www.LightsCameraCure.com. The community can also support the event and enjoy the show by purchasing general admission or VIP tickets, on sale now. In its first three years alone, the event has reeled in $200,000 to benefit and raise awareness for pediatric cancer research and support.

The Hollywood Dance Marathon is produced by Lights Camera Cure (“LCC”) and the Penn State Los Angeles Alumni Chapter (“PSULA”). LCC was founded by a group of Penn State University alumni living in Los Angeles, Gary Werkheiser, President of PSULA and Executive Director of LCC, was one of the founders. He said the group was inspired by THON, the Penn State student dance marathon held at the school’s campus each February. This past weekend, THON raised over $13 million for the Four Diamonds Fund and the fight against pediatric cancer. Werkheiser said the group wanted to bring that sprit of philanthropy, FTK – For the Kids, to Los Angeles. The event has motivated the group to do more as they have learned more about pediatric cancer and those families affected by it. “Our passion has grown by meeting the families, social workers, and doctors who work daily to deal with this disease. I feel fortunate to have healthy children, and now I’m blessed to have this opportunity to give back and help children and families struggling with this pediatric cancer.”

For more information about the event and to sign up as a dancer, visit www.LightsCameraCure.com.