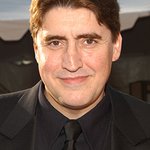 Individual tickets are $300 (limit six per person) and tables of 10 start at $3500. For sponsorship and ticket inquiries, please contact Kathleen Cahill, Manager of Special Events at 323-330-2428 or kcahill@actorsfund.org. For more information, visit www.actorsfund.org/TonyParty2015.

Best known for playing the role of Tevye in “Fiddler On The Roof” on Broadway and elsewhere over 2,000 times (more than any other actor), Theodore Bikel is a two-time Tony Award nominee (“The Sound Of Music” and “The Rope Dancer”) and an Academy Award nominee celebrating his 75th year in show business.

Tim Curry, who rose to fame as Dr. Frank-N-Furter in the 1975 cult film “The Rocky Horror Picture Show,” is a three-time Tony Award nominee (“Amadeus,” “My Favorite Year” and “Monty Python’s Spamalot”) and a Daytime Emmy Award winner. His additional film credits include “Annie,” “Home Alone” and “Charlie’s Angels.”

Most recently seen on the big screen starring opposite John Lithgow in “Love Is Strange,” Alfred Molina is a three-time Tony Award nominee (“Art,” “Red,” “Fiddler On The Roof”) and received an Emmy Award nomination for HBO’s “The Normal Heart.”

Joe Morton is a Tony Award nominee (“Raisin”) and Emmy Award winner for his current role as Rowan Pope on ABC’s “Scandal”. His film credits include “Speed,” “American Gangster” and “City Of Hope.”

The Tony Awards broadcast portion of the evening’s event is made possible with the kind permission of Tony Awards Productions, The American Theatre Wing, The Broadway League, DIRECTV and CBS.

The Actors Fund is a national human services organization that helps everyone — performers and those behind the scenes — who works in performing arts and entertainment, helping more than 21,000 people directly each year, and hundreds of thousands online. Serving professionals in film, theatre, television, music, opera, radio and dance, The Fund’s programs include social services and emergency financial assistance, health care and insurance counseling, housing, and employment and training services. With offices in New York, Los Angeles and Chicago, The Actors Fund has been — for 133 years — a safety net for those in need, crisis or transition.