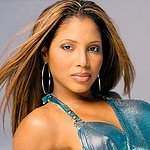 The recent taping of UNCF An Evening of Stars marked a notable intersection of premier educational and nonprofit organizations with Hollywood superstars.

R&B sensation and seven-time Grammy winner Toni Braxton presented a $10,000 scholarship, which she funded jointly with Autism Speaks, the world’s leading autism science and advocacy organization. Braxton, a global ambassador for Autism Speaks, became committed to raising awareness after the diagnosis of her son Diezel Ky Braxton-Lewis, now 12 years old. Award recipient Terence Brice, a college freshman who has autism, will use the scholarship toward his studies at Winthrop University’s Think College in Rock Hill, S.C.

An estimated 1 in 68 children in the U.S. is on the autism spectrum. Autism is a group of complex developmental brain disorders – autism spectrum disorders – caused by a combination of genes and environmental influences. People with autism often struggle with verbal and nonverbal communication, social interaction, and repetitive behaviors.

“We have to find ways to recognize and celebrate the abilities of people with autism,” said Braxton. “My son Diezel amazes me every day, and there are so many young people out there like him. We’re working to change the perception of autism, especially in communities of color.”

Though autism can be reliably diagnosed between 18 months and 2 years of age, the average age of diagnosis is 4 to 5. Studies show children of color are likely to be diagnosed even later. Autism Speaks offers free online tools to help parents and caregivers recognize early signs of the disorder, and the organization connects families to resources in their own communities. The Autism Speaks Autism Response Team fielded 47,000 emails and calls last year alone. Autism Speaks also provides free Tool Kits for every stage of life.

Autism Speaks has awarded more than $7.6 million in grants to organizations nationwide for development and expansion of community resources and services, as well as scholarships. That includes the Brian and Patricia Kelly Postsecondary Scholarship Fund, which granted $25,000 to the Winthrop University Think College Program. In that program, Terence Brice is learning both job skills and social skills needed in the workplace. His career goal is to work with computers. He plans to use the scholarship to fulfill post-school goals that involve working with computers and clerical work. He has an internship at Winthrop’s Dacus Library, where he checks books in and out and handles shelving, recycling and shredding.

“I like using the shredder machine,” Brice said, which is about the size of a school bus. “I also like the big buildings and making new friends.”

Braxton said, “Creating the first Autism Speaks-UNCF scholarship is an important way to draw attention to the skills and potential of people with autism and other special needs.”

UNCF President and CEO Dr. Michael L. Lomax is excited about the partnership and the opportunity it provides to Terence and students like him.

“We would like to shine a brighter light on students who have physical, developmental, learning and other disabilities,” said Lomax, who has a daughter with Down syndrome. “UNCF wants to see all students succeed and have the chance to aspire for postsecondary education, regardless of ability differences.”

Autism Speaks has provided $5,000 toward the $10,000 scholarship award. Applicants must excel in the classroom and make a difference in their local communities.

“It’s important to give all young adults the opportunity to pursue college or vocational education, and people with autism deserve that chance to succeed,” said Jamitha Fields, Autism Speaks vice president of community affairs. “Continuing education is critical to increasing their independence and helping them live their fullest lives.”

This year’s UNCF An Evening of Stars show is also made possible by official sponsor, Target, and national sponsors McDonald’s and Wells Fargo. Buick is a major sponsor. The City of Atlanta, iHeartMedia Inc., BET Networks and Sinclair Broadcast Group serve as the city and media partners, respectively. The Walton Family Foundation and The Bill and Melinda Gates Foundation are philanthropic partners.